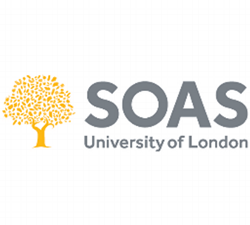 Rana holds the prestigious post of Director at Nardello & Co., a financial consulting company based in Dubai.

She is an expert in conducting investigations throughout the Middle East and North Africa where she has lived, worked and traveled extensively.

After graduating from SOAS in 2001 with an MA in Near & Middle East Studies, Rana worked at Asharq Al Awsat newspaper in London. She continued to work in London after leaving Asharq Al Awsat, when she became a Senior Associate, ME & NA Practice, at the Risk Advisory Group.

Here her clients included financial services firms, oil and gas producers, corporations and government organisations. She then took on the role of Head of Middle East Practice at Nardello where she is currently working in a more senior role.

Rana is an expert in conducting investigations throughout the Middle East, the Gulf States and North Africa. She has managed many investigations in the region, including a wide range of pre-transactional due diligence, FCPA and internal investigations projects, litigation support matters and asset tracing.

Rana’s article on the ‘Importance of Conducting Pre-transaction Due Diligence on Potential Partners in the Middle East’ was published in the United Arab Emirates newspaper, ‘The National’, on December 28th, 2010.