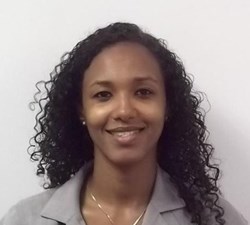 Rania Hadra, MBI Al Jaber Foundation alumna, has been appointed to the position of Senior Planning Officer in the Executive Office of the UN Secretary-General. Rania is an international practitioner with over 15 years’ experience in humanitarian, development, civil and political affairs. She acquired experience in conflict settings in Sudan, Libya and Syria and has expertise in humanitarian policy and operations in the Horn of Africa.

Rania has long-term experience at the United Nations (since 2002) and was appointed to her current position in April 2019, after having served in the ranks of various UN branches, such as UNICEF, the UN Support Mission in Sudan (UNMIS), the United Nations Office for the Coordination of Humanitarian Affairs (UNOCHA), as well as having worked as a senior employee in the Office of the UN Resident Coordinators in both Sudan and Syria.

Rania Hadra was awarded an MBI Al Jaber Scholarship in 2000 to study at SOAS, University of London, where she pursued a Masters in Development Studies. Furthermore, for a period of one year, and before moving on to working at the UN, she taught at the University of Khartoum, the institution where she completed her first degree.